Well, Triathlon season is over for me. I competed in 5 races this year. 3 were sprint races, one was an XTerra race and the last one was an Olympic distance race. I was very happy with my training, nutrition, and performance for every race all year. Let’s break it down.

The first race of the year was in early June at Island Lake State Park. It was the first in a series of three, however, I only raced the first one. It was my first race in more than 18 months. I didn’t really have high expectations but I wanted to come away with my best time ever.

The good news is I did. I set a goal to finish under 1:30 and my time was 1:26.06. It was the first time I swam a race with a full wetsuit. I have heard a lot of people complain about using a wetsuit. How it made them slower, tired out their shoulders, etc… Not so for me. It was amazing. I swam my best race ever. I loved the wet suit.

The breakdown of my splits was as follows.

You can see my first post about it here.

Race number 2 this year was the Motor City Tri on Belle Isle. The race was on June 25th and the weather was absolutely miserable. Cold. Windy. Rainy. Dreary. The water was more comfortable than the air and I was happy to start swimming. The swim in the Detroit river was pretty rough. It was the hardest swim I had ever done by a wide margin. But, my overall time was 1:17:02, my new best time.

I ran this race with my buddy Josh. It was his first race. The weather and conditions were pretty bad for a first race but he made it through.

This race was also the first race I got to use my new bike. It was amazing. So fast. 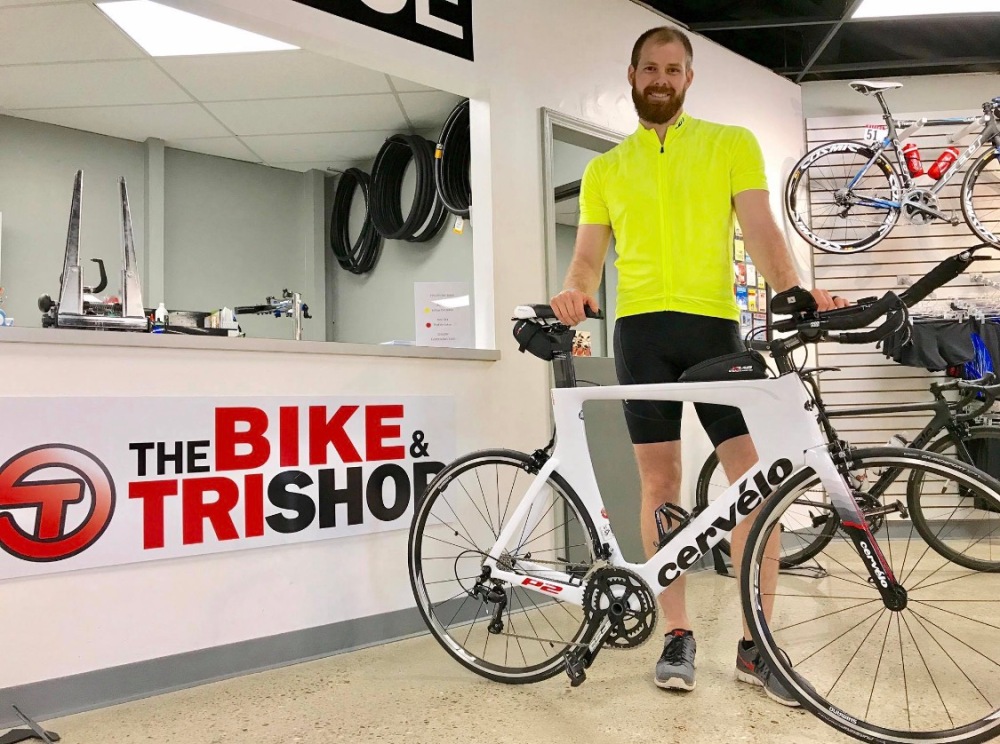 XTerra Ionia. This was my first off road race.  The bike course was a mountain bike ride and the run was a trail run. The race was in Ionia State Park and it was exactly what I expected. It was significantly harder than a regular triathlon race but it was a lot more exciting. Riding the trails was a whole different animal than pumping out miles on the road. I did have one unexpected issue during the run. I was going down a hill and stepped on some uneven ground and twisted my ankle just a little. It was a little scary and I had to determine while I was running if it was ok or not. My ankle hurt for the rest of the race but it didn’t stop me. I had to keep going.

This race too was with my friend Josh. He is a much more talented mountain biker and runner than I am so I knew from the start he was going to beat me. And my prediction was true. I tried my hardest to hold on to the lead I built on the swim. It didn’t happen. I was passed with about 600 meters left in the race. 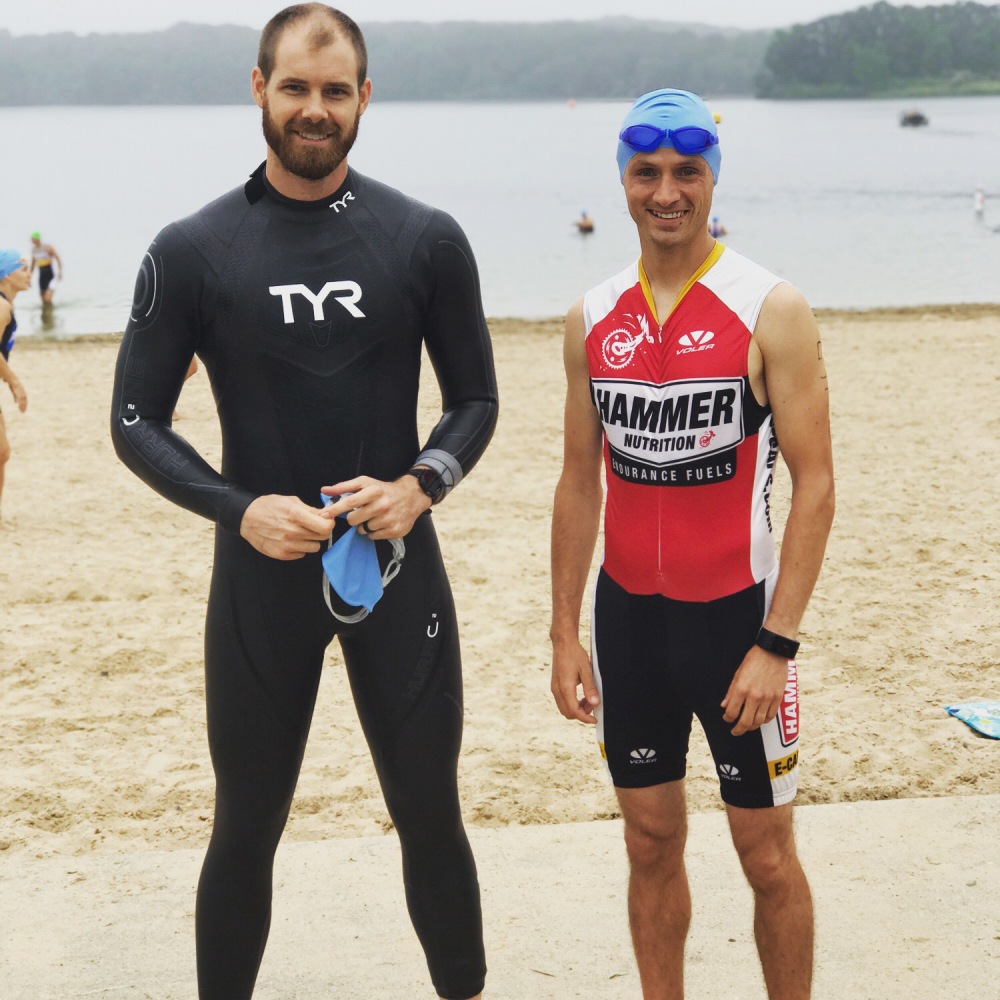 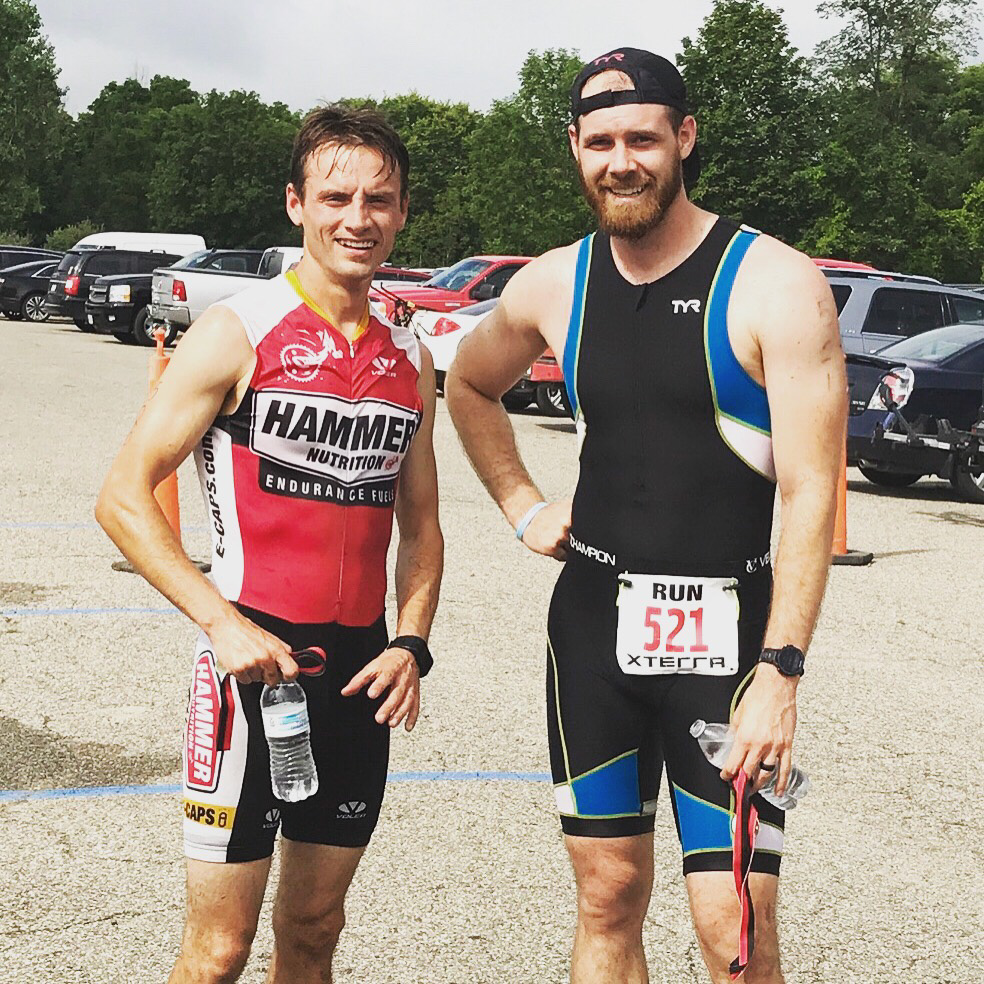 Race number four was close to home. It was in Novi in the Island Lake suburb. It was a great location. The whole race was contained in the neighborhood. There were no cars to deal with and the scenery was great. We swam in the lake. Biked around the lake. Then ran around the lake. Perfect weather and a perfect location.

It was at this point in the season that I wanted to really push and go for my best effort ever. My overall time was a bit slower than the Motor City race, the reason is, not all of these races are exactly the same distance. Sometimes one of the legs is a little longer than usual. Sometimes the run to the transition is longer than usual. This was the case for this race. The swim was longer, the run was longer, and the distance to transition was longer as well.

Considering all that, my average pace for these segments was faster than the earlier races. I traveled farther, but I traveled faster. I was happy.

Josh was in this race with me as well. We also had another friend John join us. He was actually the one that told us about the race. He lives in the neighborhood. This was his first race and I am pretty sure he liked it. Hopefully, we can get him hooked on tri’s.

It was good enough for 26th overall. I was happy with all aspects of the race that day.

Race number 5. The final race of the year. This race was in Grand Rapids in Millenium park. This was my first Olympic distance race. Basically, each leg is double the distance of sprint distance races.

I was a little nervous. It seemed daunting to put in such an effort over a much longer distance than I was used to. I had never done it before and didn’t know if I could. But I was on the start line anyway.

The Olympic heat had to do two laps of the swim course. (The sprint racers started after us and only had to do 1 lap). I had trained the 1600 meter distance before and wasnt worried about finishing. What did throw me off was the intensity of swimming for that long at the pace I did. I was fairly tired when I got out of the water. Much more so than in a sprint race. When I got into transition I had another suprise. When I was taking off my wetsuit my calf muscles cramped terribly. It worried me that I would have to do the rest of the race with cramps. Luckily they loosened up when I started to bike.

The bike leg went great. I got in a pretty good groove with 2 other riders for pretty much the whole race. We didn’t draft on each other, but we swapped the lead multiple times from start to finish. I was happy with the effort and time and company.

Then the run leg. The run is easily my least favorite and my worst event. I am just slow and that’s the fact of the matter. The run was a 10k. I tried my hardest to keep up with my bike buddies but it just didn’t work out. They left me behind. And here I thought we had become friends.

The run was hot. It was hard, and I did not enjoy it. But I finished it. Overall I was happy with the whole race. I could have been a little more fit for the run but that is an ongoing issue that I will work on. My main concern was keeping my pacing from the shorter races consistent with the longer race. Which I did fairly well.

This race was the hardest race I did this year. But it was the most rewarding and most fun. Next year I plan on doing more longer races and fewer sprint races. I will keep building until one day I complete my main goal. Completing an Ironman race. I can’t wait for the day. 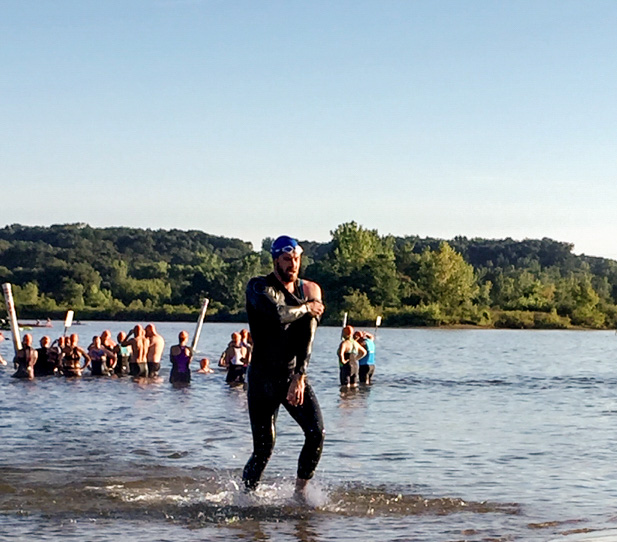 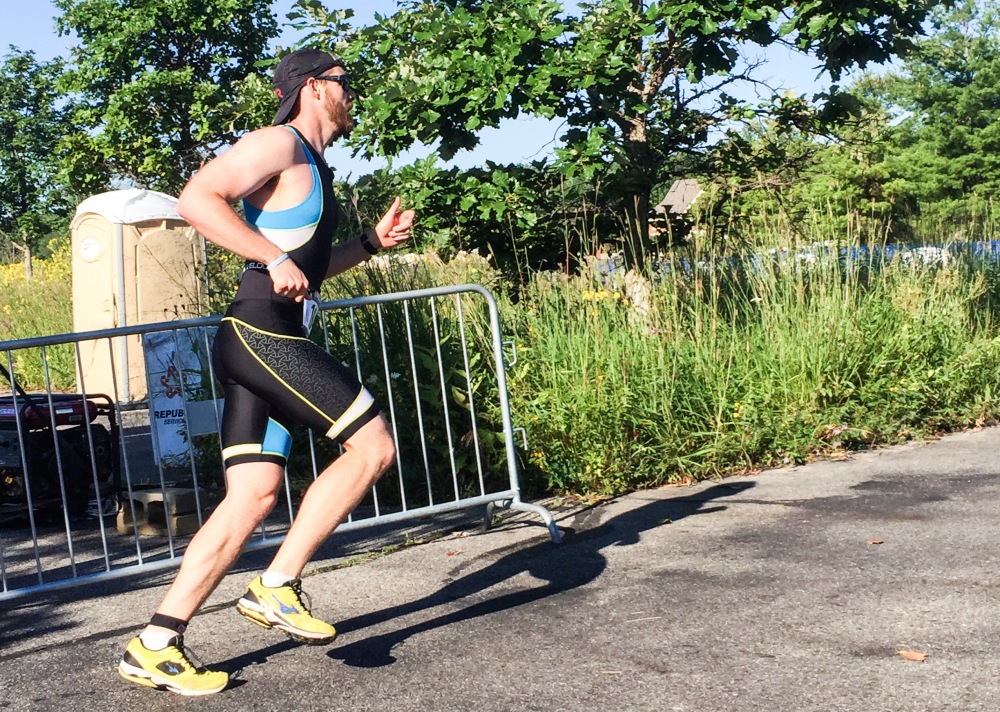 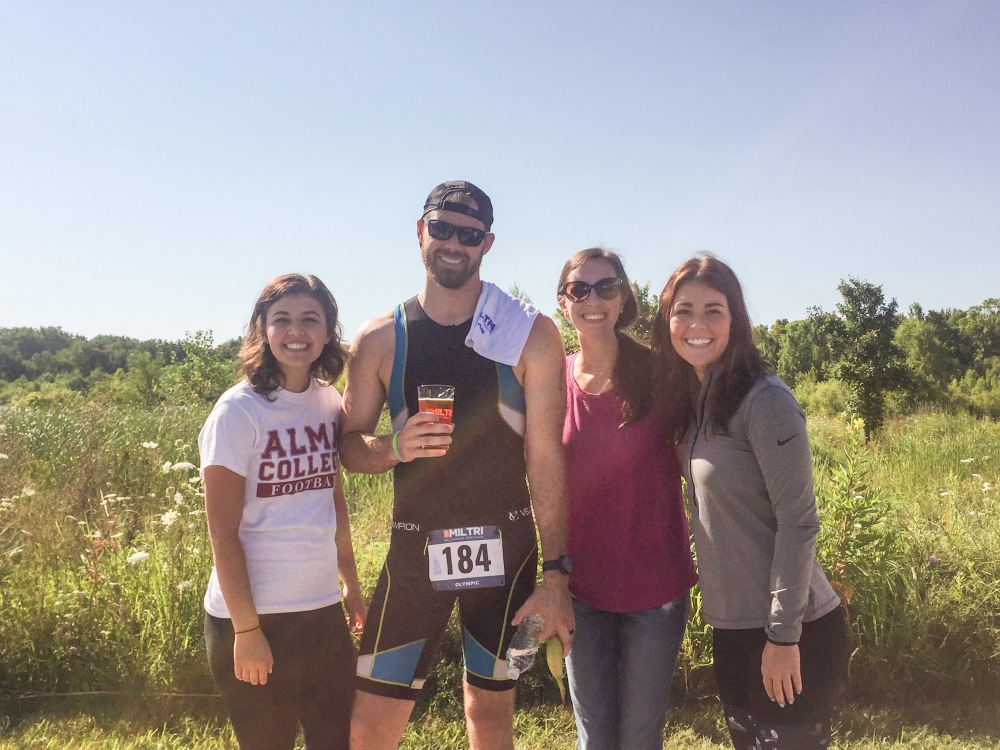