This Rally Post is going to discuss a book and idea that has recently made a positive impact on my life. “Everything That Remains” is a book about minimalism. Minimalism is a concept that is fast gaining popularity, however, there are many misconceptions and myths about the topic. First let’s talk about what minimalism is and what it isn’t.

Minimalism is not about shunning all your possessions. It is not about restricting your lifestyle to the lowest common denominator. It certainly isn’t about martyring yourself to uphold the idea of suffering through life without “things”.

Minimalism is an idea, concept, and tool. Practicing minimalism will help you regain feelings of contentment, happiness, and freedom. It will also help you release the feelings of guilt, being overwhelmed, and being trapped in the culture of consumerism that surrounds all of us.

There are some great resources and practitioners of minimalism that you can consider further if you would like to dive deeper into this topic. Below are the links to a few of those people. The information they share is more than enough to get you started.

Everything That Remains is a memoir by the guys who started The Minimalist blog. Their origin story is so common most people are probably living some version of it themselves right now. They were working their corporate jobs and making more money than they thought they ever could. They had the huge house, nice cars, expensive clothes, and every possession they desired. Yet, they were filled with unhappiness. They felt depressed, tired, anxious, and lonely. They were chained to their jobs working more than 70 hours a week to make more money just to maintain the stuff in their lives they didn’t even have time to use. They were stuck in an endless downward spiral leading nowhere. Something had to change.

That change began with Josh’s faltering marriage and the death of his mother. Once she passed away he had to go down to her home in Florida to deal with her material possessions. During that process the wheels started to turn and he began to realize what it meant to be trapped by our possessions. The next step was his separation from his wife. Josh now had to get his own place live. When he began to unpack, and make the space a place to live, he was making a mental list of all the things he “needed”. Nothing on that list was truly needed. He didn’t know it then but he was starting his journey out of the abyss.

Once Josh had started to take baby steps, and things started to get better, his best friend Ryan entered the picture. Ryan noticed Josh was becoming happier, and more content, and he thought he might want that for himself. Ryan soon joined Josh and they began the journey together.

From this beginning, to leaving their jobs, to learning about minimalism, and to the creation of their blog where they started to share their ideas is wonderfully detailed in the memoir. The concepts mixed with the personal stories opened my eyes to the benefits of what minimalism can do to improve my own life. 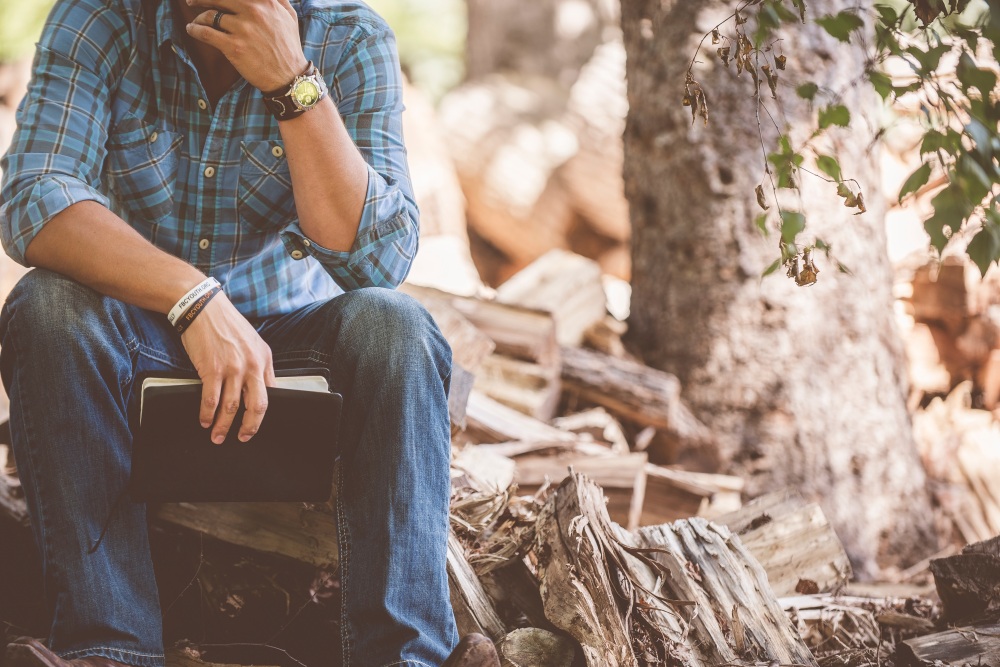 I have now started to take real actions steps, to put these concepts in practice. To begin I had to internalize the core of minimalism. To rid myself of the excesses in life that don’t matter, and to fill my life with the things that do matter. The things that bring me happiness, fulfillment, and contentment. The reason people think minimalism is about living with no material possessions is because once they see someone who lives a minimalist life they see them with fewer “things”. But living with fewer things isn’t the goal, it’s a byproduct. I have begun to analyze my life to truly determine what brings me happiness. I did some internal reflection and came to a two-part conclusion. Decide what is important, and decide what is not important. Do more of the things that are important, and do less of the things that are not important. It was that simple, and I started to make my lists.

The first was a list of the things that bring meaning to my life, and the list was short.

Next I came up with a list of things that that I was currently doing, or possessions I had that were not bringing me closer to my goals of happiness, fulfillment, and contentment. The list was considerably longer but some of the most poignant are…

These things were robbing me of money, time, and energy that could have been put to use on the first list. A simple real world example of how my possessions were robbing me of my time is having the amount of clothes I once had. My closet was full from top to bottom. I estimate I had enough clothes to wear something different every day for more than a month, maybe longer. And as the days of the month marched on, I would wear an outfit and put in the dirty laundry basket at the end of the day. This was the process day after day until I ran out of clean clothes and had to do laundry. The problem is that I now have 3 laundry baskets full of dirty clothes that need to be washed, and it takes 5 loads of laundry or more to wash it all. Usually it took me more than a full day to get it all done and put away. That’s time spent away from activities that move me closer to my goals.

So, the first action I took with this new mindset was to clean out my closet. I went through every piece of clothing I owned and made a decision. I ended up donating 9 trash bags full of clothes out of my closet, hundreds of items. I now have about 7 days worth of clothes to wear, probably less. This action has freed up significant amounts of my time. I now do 1 load of laundry on the weekend. It takes less than an hour to get the job completed, and I can spend my weekend with my family instead of worrying about getting the laundry done.

This is just one example of one of my baby steps. I know to live the minimalist lifestyle will take time and effort, but the rewards are completely worth it. I am now attempting to slowly cut out time spent watching shows and movies and replacing it with reading. I have also decided that my next major focus is to incorporate minimalism into my diet and exercise. I have begun to eat more simply, with foods that are easy to prepare and not processed. It is a work in progress and difficult, but it will get me to my goal of spending more meaningful time with my family.